Using Storytelling In Your Marketing with Jules Dan

Marketing in a Recession

Marketing Your Business: Why Now is the Best Time…

How Businesses Can Evolve and Survive the Novel Coronavirus Quarantine 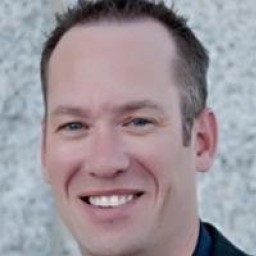 Facebook is changing the way we optimize budgets by optimizing towards the top adsets in real time. Campaign Budget Optimization leaves a lot of marketers scared, thinking their ad costs are going to skyrocket. Don’t worry, there are some great new opportunities to jump on while others struggle to adapt.

In this episode, we talk about the latest Facebook changes rolling out in September 2019.

What is Campaign Budget Optimization?

Campaign Budget Optimization (CBO) is a new feature that rolled out last year. CBO is an optional way to structure your campaigns, but now Facebook is moving toward all campaigns will be using CBO.

CBO takes advantage of artificial intelligence Facebook has been developing to maximize the performance of your campaigns.

Facebook has improved dramatically the ability for the algorithm to effectively match the right ad to the right person on the right platform even when using Automatic Placements within the ad campaigns.

How Does Campaign Budget Optimization Work?

With CBO, the budget is at the campaign level instead of the adset level.

Now Facebook will take that overall budget and allocate it across multiple adsets and ads based on how it feels it will maximize the results of your campaign goals. This may be conversions, traffic, or video views.

In our experience, CBO has improved the performance of campaigns we run for clients.

We have been testing CBO for a while. Across all different types of campaigns and offers we have been able to scale campaign more effectively.

This has included both funnel-based launches, evergreen funnels, and even eCommerce stores.

One of the most effective scalable CBO campaigns we have found was using multiple lookalike audiences based on the same audience.

In this case we were optimizing for email optins for a launch so the base audience we used was people who previously opted in for a similar offer. In the CBO campaign, we used six adsets. Each adset targeted a 1% lookalike audience by splitting 6% lookalike into 6 segments.

This is an option when you are creating a lookalike audience. Each used multiple countries since this is an international offer. We included United States, Canada, Australia, and New Zealand. Because of GDPR restrictions, we excluded United Kingdom and the rest of Europe from the targeting.

As the campaign progressed, 2 of the lookalikes performance started to decline so they were paused, but remaining 4 continued.

Within these CBO campaign, besides multiple adsets, we also used a number of different ad creatives within each adset. The ads combined different images, different videos, and different ad copy.

By doing this, it gives Facebook more options to choose from and the ability to match up the right ad based on the platform. It also gives them multiple ads to then retarget someone that had seen an ad but didn’t convert. This happens without even setting up a retargeting campaign like we normally do.